EVANSVILLE, Ind. – The Evansville-Vanderburgh Airport Authority Board of Directors unanimously appointed a new airport executive director effective Jan. 1, 2019, during this week’s August board meeting. Nate Hahn will succeed Doug Joest, who is retiring Dec. 31, 2018. Joest, who has assumed the role of executive director at Evansville Regional Airport (EVV) for the last eight years, announced recently that he planned to retire at the end of the year.

“We are extremely grateful for Doug’s leadership and vision,” said Airport Authority Board President JP Engelbrecht. “The airport’s growth is directly attributable to Doug and his team’s vision and efforts.”

Joest, who began his career at EVV as finance manager in 2007, and was later named executive director in 2010, is credited for many milestone airport improvements during his tenure. Under his leadership, EVV has gone from two airlines to four, added five jet bridges and has increased passenger traffic by more than 34 percent in the last four years.

“It has been an honor and pleasure serving the community in the executive director’s role,” said Joest. “We have experienced a lot of success at EVV with the support of our region for which I am very grateful.”

Engelbrecht said the board of directors have been working with Joest and Hahn on a succession plan in anticipation of Joest’s retirement. He said he expects a smooth transition and looks forward to supporting all airport staff with what he is sure to be a bright future.

“Our airport is very fortunate to have Nate Hahn as the next Executive Director,” said Engelbrecht. “This is the ideal and often rare situation to be able to promote a leader from within an organization who is ready to go on day one.”

“I am pleased to be a part of a community that understands the value of our airport as an economic engine, connecting friends, family and businesses across the globe,” said Nate Hahn, EVV’s next executive director. “I look forward to continuing to work with our airport board, employees and airline and community partners to create a world-class passenger experience at EVV.”

Hahn, a graduate of Purdue University’s top-rated national aviation program and native of Indiana, started his career in Midland, Texas in 2005, prior to joining EVV in 2011. As director of operations and maintenance at EVV, Hahn has been recognized for his leadership in EVV’s runway relocation project that was completed safely, under budget and one-year ahead of the Federal Aviation Agency (FAA) deadline. He has also been a driving force in the current terminal renovation project, which is set to be completed this fall.

Hahn, who currently serves locally on the Growth Alliance Board and is an active member of the Southwest Indiana Chamber of Commerce, was recently selected as Indiana’s state representative to the American Association of Airport Executives (AAAE), where he holds a Certified Member accreditation.

“Ultimately, it is about continuing the progress that we are already making,” said Hahn. “Doug has helped build a safe, thriving airport and succeeding him allows me to leverage all that I have achieved as the airport’s director of operations and maintenance and to build on a very solid foundation.” 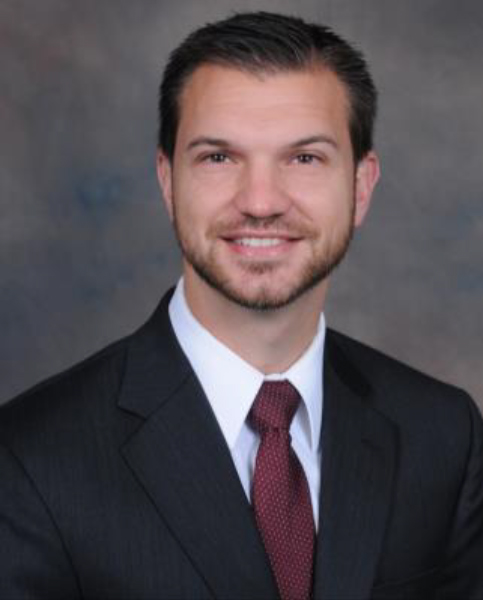